In 2013, the Ohio Domestic Violence Network established the Croucher Family Award given each year to a person(s) who have shown outstanding advocacy and leadership.

ODVN created the award to honor Jim and Elsa Croucher of Monroe, Ohio who were pioneers in domestic violence education. The Crouchers were plunged into the world of domestic violence four days before Christmas in 1992 when their youngest child, 18-year-old Tina, was murdered by an abusive ex-boyfriend. Determined to help save others from Tina’s fate, the Crouchers founded Citizens Against Domestic Violence in 1996 and created a Teen Dating Violence Prevention Program, “Dating Violence: 101”. The presentation was given to over 100,000 students. Nationally recognized speakers, the Crouchers furthered their efforts to educate the public about domestic violence with their efforts in the passage of the “Tina Croucher Act,” in 2009.  Named in memory of their daughter, the law requires Ohio students in grades 7 -12 to be provided education on dating violence, warning signs, and characteristics of healthy relationships. 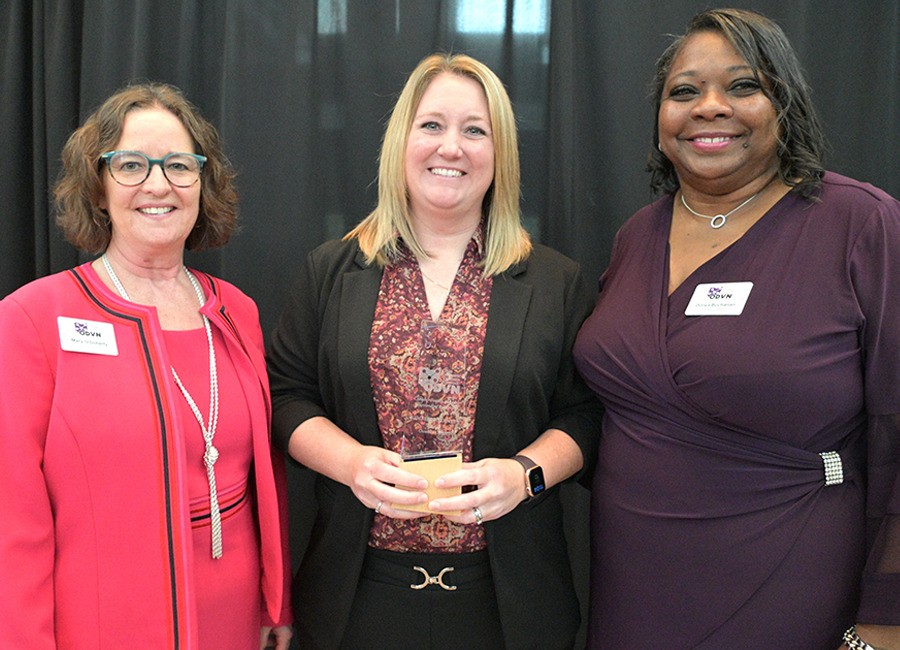 Kimberly Stanley describes herself as a social worker by trade and a compassionate advocate for crime victims and abuse survivors. She is the Victim Witness Director for the Stark County Prosecutor’s Office and previously served as the Executive Director of the Alliance Area Domestic Violence Shelter for 16 years. In Stark County, she leads the Domestic Violence Collaborative and the Victims’ Rights Coalition and is an active member of the Sexual Assault Response Team, Adult Protective Services Interdisciplinary Team, the Domestic Violence and Drug Court Advisory Committee, and other multi-disciplinary committees.

In 2018, Kimberly received the Athena Leadership Award from the Alliance Area Chamber of Commerce. She was honored with the yStark! Twenty Under 40 award as well as the Distinguished Alumni Award from her high school alma mater, Sebring McKinley High School in 2015. Last month, she rolled off the Ohio Domestic Violence Network Board of Directors, after serving nine years.

She lives in the Alliance area with her husband Ed, their three children, and four cats. 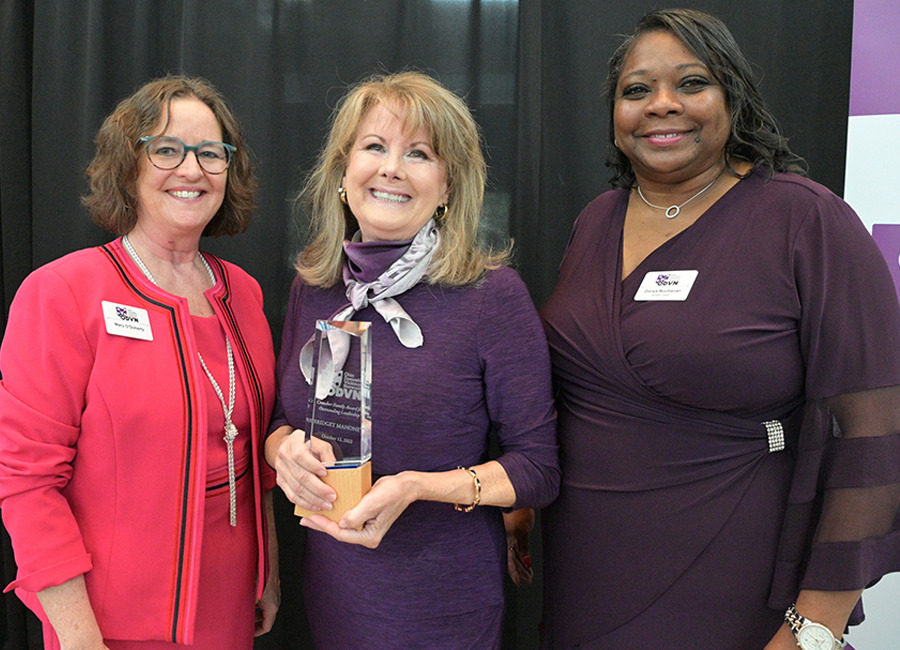 Bridget Mahoney is an activist and advocate dedicated to the prevention of domestic violence and child abuse. A graduate of The Ohio State University, Bridget is a former television news anchor. When her life’s path took an unexpected turn after she experienced domestic violence, Bridget decided to use her journalistic skills and can-do attitude to help others and create social and policy change.

Joining forces with educational pioneers Jim and Elsa Croucher, she helped present “Dating Violence 101” to thousands of high school students throughout the state. Bridget was the driving force behind the Tina Croucher Act, which mandates dating violence/healthy relationship education in all Ohio schools from grades 7-12.

In 2010, she joined the ODVN Board of Directors and established the first Domestic Violence Awareness Month Press Conference at the Ohio Statehouse and the Croucher Family Award for Outstanding Leadership. As ODVN Board Chair, she worked to spotlight the need for funding in the state budget dedicated to ODVN’s 75 member programs. In 2019, for the first time ever, Ohio legislators dedicated a line item to fund domestic violence programs with increased funding in the 2021 budget.

She continues to advocate and provide testimony before the Ohio General Assembly and U.S. Congress for several bills related to domestic violence. Bridget resides in Cincinnati and has two children and two grandchildren.

The Croucher Family Award for Outstanding Leadership
Past Award Recipients 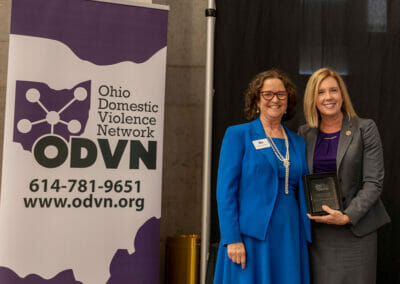 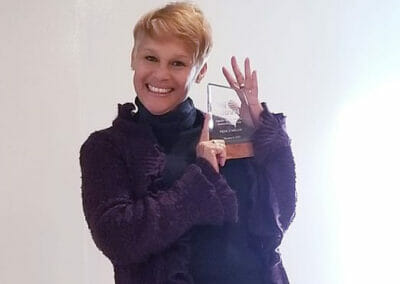 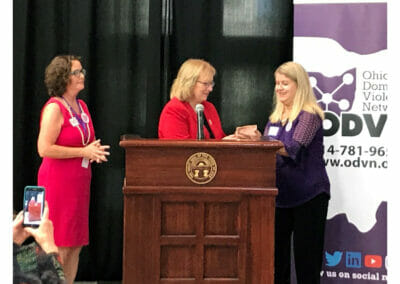 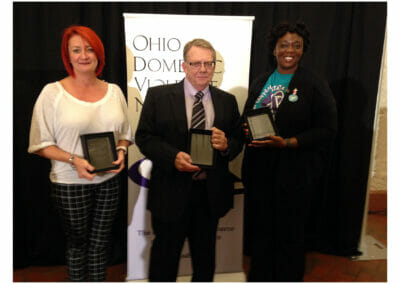 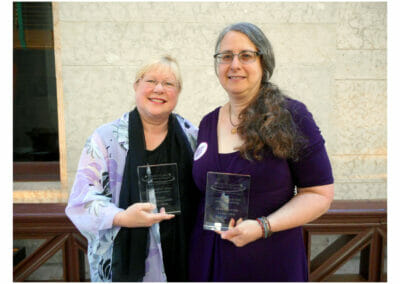 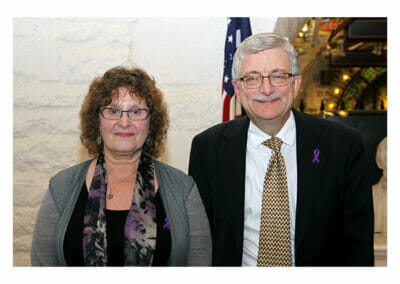 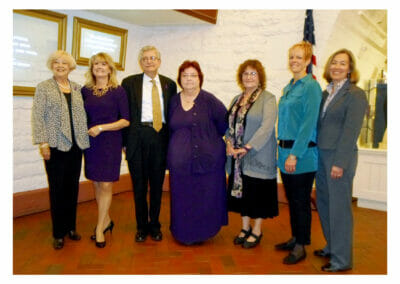 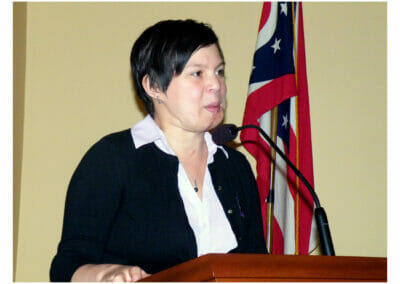 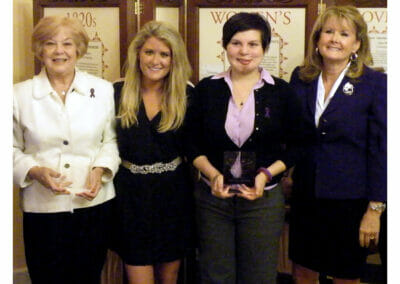