After a difficult divorce and a few years on her own, Nicole Bialko re-entered the dating world via the dating site eHarmony, where she met and started dating a man who claimed to be a Marine. The relationship was immediately unhealthy, and she was emotionally abused and mentally manipulated by her partner. She continually tried to end the relationship, but he would not let her go, and the abuse led to scare tactics and stalking. She became afraid for her life as every attempt to get him to leave her alone failed, including blocking over 270 different phone numbers and emails he created.

Nicole left for a weekend only to return to the smell of his cologne and discover that her ex-partner broke into her home and left “love” notes saying in part, “We are magical together.” She would go on to find 19 different notes in every room of her home. Nicole realized she could not solve the problem on her own, and after months of being stalked, she reached out to authorities. She petitioned the court and secured a Civil Protective Order, and the evidence she turned over to police led to a grand jury indictment, and her stalker spent five days in jail. He pleaded to a “Criminal Mischief” misdemeanor, and she delivered a Victim Impact Statement to the Judge.

Nicole discovered that her ex-partner was not a Marine and had a predatory past, but she also learned how to maneuver the Court of Common Pleas and was left concerned for other victims and their treatment by members of the court. The experience has left her determined to help educate and protect other women.

She has written of her experiences with love-bombing and relationship red flags. She has offered a platform for other survivors to share their stories through her volunteer work as a journalist. Nicole believes sharing our stories offers us healing properties and allows us to educate others and shed light on the fact that abuse takes many forms. Whenever and wherever she can, she reminds us to trust our instincts and never excuse a red flag.

Diona is inspiring and motivating others to live their life out loud and conquer their fears. She is seen as the go-to motivational keynote speaker for events and multiple organizations that desire their audience to be moved from complacency to action and greatly improve the self-esteem of their clients. Confidence levels will shoot through the roof and ultimately achieve maximum results. She has been given the name Ms. Motivation due to her unconditional and intriguing way of captivating her audience. She gives an electrifying experience that propels one to respond with action.

As a result of her own experience of surviving Domestic Violence Diona started Liv Out Loud Enterprises an organization in which one aspect is to help raise awareness of Domestic Violence in the community where the mission is to educate, empower and prevent Domestic Violence. Through Diona’s advocacy, she’s had the opportunity to collaborate with House Representatives and other policymakers and be a voice in House Bill 1 passing as a law that created better protection for those that are victims of Domestic Violence as well as helped initiate other laws that pertain to bettering the judicial system for Domestic Violence victims.

Diona has been recognized by the State of Ohio for her efforts of bringing awareness of Domestic Violence in the community through her organization. She has helped so many that are impacted by this hidden and sometimes forgotten issue. She has appeared and interviewed on The Doctors, CNN, TBN, Your World with Creflo Dollar, Essence, The Tom Joyner Morning Show, Good Day Columbus, Today Purpose Woman Magazine, The Voice magazine, and dozens of other media outlets. Diona holds a bachelor’s degree from Howard University in Washington DC. She is a social worker with the city of Columbus and an author. 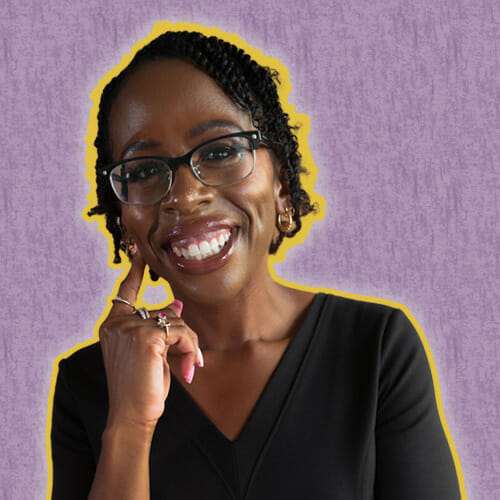 Christa Hullaby is a graduate of Sinclair Community College and Wright State University. She has obtained an associate’s degree in Communications, a bachelor’s degree in Sociology, and a master’s degree in Applied Behavioral Sciences.

She is employed at a financial institution as Fraud Security Investigator.

She is a wife and a mother of three boys, a member of Macedonia Missionary Baptist Church, a member of Toastmasters, and a member of the sweet Zeta Phi Sorority, Incorporated. Christa’s past life experiences and the passing of her mother in 2020 inspired her to label herself, a self-proclaimed domestic violence crusader/life coach and start Mentally Expressive, LLC. an organization who’s on a mission to bring awareness about domestic violence and the different forms of it 365 days a year.